You are here: Home / Archives for EPA 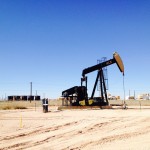 Hydraulic fracturing was first invented in 1947 and is used to extract natural gas from unconventional reservoirs, such as shale formations and tight sands. High volume hydraulic fracturing became popular in 1968, and was quickly followed by an amalgam of additional techniques, including directional drilling, fracture divergence systems, and slickwater fracturing. The fracturing occurs when ‘fracking fluid’ is pumped into a well with enough pressure to create fractures in the shale deep below. This releases the natural gas, which then travels up the pipe and is collected around the well site in storage tanks (Gandossi, 2013, p. 7).

Natural gas is one of the main sources of energy in the United States. In fact, according to the US EIA, it accounts for 27% of the electricity generation in the US. So why is it frowned upon? Fracking fluids and water flow back to the surface carrying native chemicals and elements from the surrounding rock and clay formations. But because of the fracturing, these chemicals and element ratios can get into the groundwater surrounding the fracked site, causing contamination.

After concerns about fracking polluting groundwater sources, the the EPA conducted a study that concluded in 2004 with the findings that hydraulic fracturing poses “little to no threat” to drinking water. However, since its release the study has been highly criticized for its poor methodology and questionable review board (Howarth 2011; Torrez et al. 2013).

After methane and benzene (a carcinogen) were found in the drinking water of homes in the Barnett Shale region in 2010, the EPA decided to conduct another, more comprehensive study on the impact of hydraulic fracturing on drinking and groundwater sources. This research included analysis of existing data in literature as well as databases (some of which were provided by oil and gas operators at the EPA’s requests), the development of case studies and select field work in these areas (including two locations in the Marcellus Shale region), laboratory studies, evaluations of different scenarios using computer modeling, and toxicity studies. They released a draft assessment of this study in June 2015; research is still ongoing (Natural Gas Extraction – Hydraulic Fracturing).